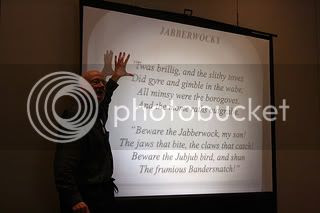 After such a fantastic keynote address on Day 1, the conference attendees eagerly awaited Dr. Raymond Moody's second day workshop, Reengineering the Mind: A New Logic of the Afterlife. Moody, a best selling author of 11 books, including Reunions

and Life After Life

, coined the term 'near-death experience' and has held university appointments in both philosophy and psychology. Today's workshop was about his most recent research on the concept of meaninglessness, unintelligible language, or nonsense. After pinpointing some common misconceptions about nonsense and setting them straight by selected readings from authors like Dr. Seuss and Lewis Carroll, Moody gave examples of several types of nonsense and revealed a structural pattern common to all types of nonsense. Following that, the conference attendees were given several minutes to write their own examples of nonsense and experience the mental effects of doing so. 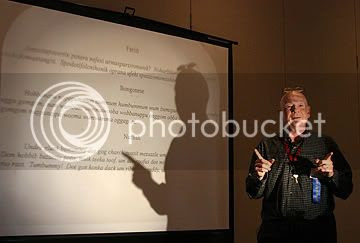 For me, creating nonsense was somewhat embarassing. I found myself covering up my page so that the folks next to me couldn't see what I was writing. The experience made me feel extremely vulnerable in a way that I find difficult putting into words. Dr. Moody has an entire training program for creating nonsense, and has found that people who do this for an extended period of time experience a mental shift that somehow makes them more open to anomalous experiences, and more importantly, gives them an alternate framework for describing them. My initial reaction to the exercise was very similar to the reaction that I have to anomalous experiences in general, so I suspect that Dr. Moody might just be on to something. 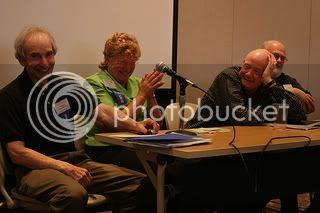 Following a short break, a panel comprised of Dr. Donald Morse, Betsy Jo Miller, Dr. Moody, and Rev. Harry Serio, PhD addressed the conference for a few minutes each on "Reflections on the Afterlife." 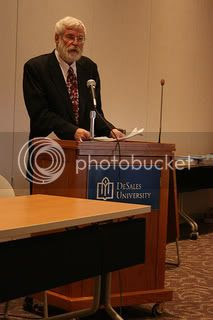 The afternoon session closed with Dr. Charles Don Keyes, Professor of Philosophy at Dusquesne University reading his paper, The Integrity of Socrates' Arguments for Immortality in Plato's Phaedo.

Thanks for reporting on this conference. Dr. Moody's theory of nonsense connected to consciousness awareness is so dramatically clear to me, that I feel I must one day discuss this with him further.

I'm sorry you were embarrassed by the exercise. If we ever meet, I may use this knowledge to embarass you even further (just kidding). :-)