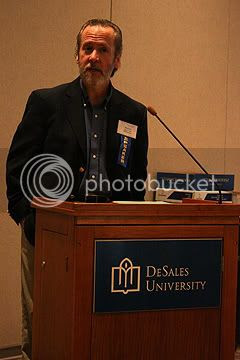 Day 3 of the annual conference for the Academy of Spirituality and Paranormal Studies (ASPSI) began with a presentation titled Life Within Life: A Case Study Suggestive of Integrating Past Lives and Altered States of Reality into the Present by Dr. Steven Hoyer, a clinical psychologist and adjunct instructer in the department of psychology and counseling at Pittsburg State University. Dr. Hoyer presented a fascinating case study about a woman whose near death experience involved traveling to an alternate reality, living out an entire lifetime there, and then returning to her own life. Dr. Hoyer also promoted a book that he co-wrote with the woman, Fireweaver: The Story of a Life, a Near-Death, and Beyond

. After his talk was over, copies of the book flew off the table. In fact, he might've sold more books than anyone else there as far as I could tell. After hearing such a fascinating tale, I was tempted to buy a copy for myself, but I already have a stack of books that I'm way behind on reading. 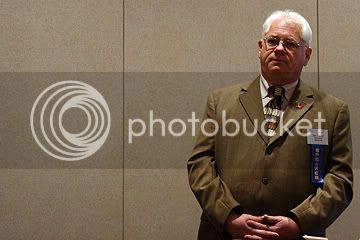 Following that, Reverend Daniel L. Kivel, a Spiritualist minister, medium, and trustee in the Independent Spiritualist Association shared his personal experiences following the death of his son on Memorial Day weekend in 2006. In a talk titled Visitations, Rev. Kivel described the communications that he has recieved from his son, as well as reports of visits to several of his son's close friends and their reactions. 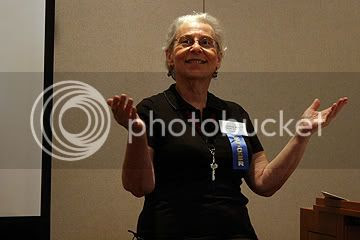 The last talk of the morning sessions was titled Over a Century of Research on After-Death Communication. Sylvia Hart Wright, a retired librarian and City College of New York professor, outlined the work of numerous researchers in the field, starting with the work of the Society for Psychical Research and carrying on into the present. Her paper emphasized that studies done in the U.S. and abroad have documented that it is commonplace for healthy, normal people to experience contact with the dead.