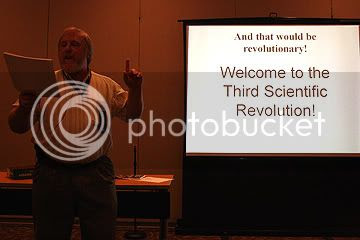 The final day of the annual conference of the Association for Spirituality and Paranormal Studies commenced with a talk by Dr. James E. Beichler titled Let There Be Light: The Scientific Bleep on the Afterlife. Dr. Beichler holds the only advanced degree in paraphysics in the world from an accredited school. He is an associate professor of physics at West Virginia University in Parkersburg. Dr. Beichler discussed how science cannot accept and therefore rejects the notion of an afterlife because it does not have the conceptual tools or the vocabulary to accept the survival of consciousness. The possibility of an afterlife was relegated to a religion during the Scientific Revolution so the tools necessary to develop a theory of the afterlife as well as the nature and meaning of life were never developed. Dr. Beichler predicts that we are on the edge of a third scientific revolution, which will change our fundamental concepts of reality. He is working on a book To Die For: The Living Book of the Dead, which will hopefully be reviewed here on Public Parapsychology in the near future. 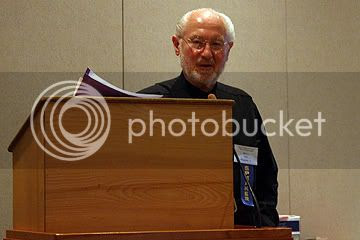 Boyce Batey, executive director of ASPSI, psychical researcher, and hospice volunteer, presentated a pattern and content analysis of responses by 30 members of ASPSI between August 2006 and February 2007 to 10 questions in a Survival Research Questionnaire, which he developed. 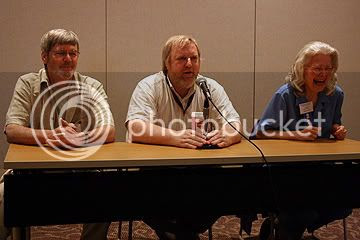 The conference closed with a panel P.M.H Atwater, James Beichler, and Tom Butler with the theme What the Bleep Do We Know about Life After Death. Each of the panelists were invited to give their take on the subject, and after some debating between Beichler and Butler, audience members were granted an opportunity for some final questions.

Sounds like interesting stuff. I look forward to the book review!